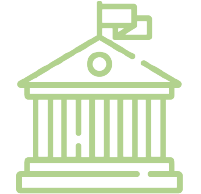 Government agencies are under constant attack 24 hours a day from complex threats launched by rival nation states, hacktivists, terror groups and cyber criminals. They represent good targets as the information they hold ranges from personal citizen data to nuclear secrets to defence and budget plans. Not only external but internal threats are a problem with whistle blowers acting for their own ends. Being such a target Government and local authorities need to comply data privacy regulations and follow recognised security frameworks as laid out by NIST. The best approach for these organisations is to adopt a zero Trust least privilege model.

Privileged Session Management contained within the core PAM solution allows you to record, store and playback any activities that take place across your entire infrastructure be it hybrid, cloud or on premise helping with the legal requirements for compliance. Live streaming combined with behaviour analytics and alerting via our Radar management enable you to drop sessions that are running;

Meaning that un-used credentials are discovered, old accounts are discovered which means they can be deleted reducing the attack surface. Cloud and
DevOps ready, by automating tasks that
are prone to manual error;

Meaning that passwords are rotated (changed) automatically after a given user defined period;

Meaning that we aautomatically audit privileged changes to anticipate detection of privilege abuses so that anyone accessing the infrastructure is monitored and any suspicious behaviour triggers an
alert so action can be taken;

Meaning that the company can demonstrate compliance to industry auditors to any regulation it needs
to adhere too;

Whenever an employee or third-party needs access to devices managed by the PAM platform, senhasegura Domum sends a link for the approved access available to the final user, which allows instant and secure access to allowed devices. senhasegura’s agentless architecture with no need for additional software or licensing; Access restriction based on aspects like geolocation, time or day of the week, and duration; Access workflows with maximum granularity, based on industry-recognized access groups;

As part of our Behavior Analytics add an extra layer of authentication, senhasegura protects a privileged session from improper/or malicious use by unauthorized people by identifying the user’s typing pattern in real-time through artificial intelligence. Furthermore we can alert on several parameters such as unusual access time, number of attempts to access resources etc.

This website uses cookies to improve your experience while you navigate through the website. Out of these, the cookies that are categorized as necessary are stored on your browser as they are essential for the working of basic functionalities of the website. We also use third-party cookies that help us analyze and understand how you use this website. These cookies will be stored in your browser only with your consent. You also have the option to opt-out of these cookies. But opting out of some of these cookies may affect your browsing experience.
Necessary Always Enabled
Necessary cookies are absolutely essential for the website to function properly. These cookies ensure basic functionalities and security features of the website, anonymously.
Functional
Functional cookies help to perform certain functionalities like sharing the content of the website on social media platforms, collect feedbacks, and other third-party features.
Performance
Performance cookies are used to understand and analyze the key performance indexes of the website which helps in delivering a better user experience for the visitors.
Analytics
Analytical cookies are used to understand how visitors interact with the website. These cookies help provide information on metrics the number of visitors, bounce rate, traffic source, etc.
Advertisement
Advertisement cookies are used to provide visitors with relevant ads and marketing campaigns. These cookies track visitors across websites and collect information to provide customized ads.
Others
Other uncategorized cookies are those that are being analyzed and have not been classified into a category as yet.
SAVE & ACCEPT
Copy link
CopyCopied
Powered by Social Snap